We have created a short video to share with a behind-the-scenes look at what a buyer experiences when looking for a property in St Maarten courtesy of Ritika Nanwani; the Head Broker for Century21 St Maarten.

Ritika Nanwani is our award-winning Head Broker with 25 years of real estate experience and owner of the Century21 Island Realty; the home of St Maarten real estate.

As St Maarten’s most award-winning realtor Ritika Nanwani was a natural selection by HGTV House Hunters International to represent St Maarten real estate in the TV show aired in 2015. Being a natural process for Ritika; the episode turned out to be a 100% success!

The clients bought the Rainbow Beach Club condo under the listing price and just listed it (6 years) later for 70% more than the price they paid!!!
How incredible is that for a success story!

If you are ever wondering what to expect when buying a property in St Maarten, please watch this short video to understand how friendly the process is.

How To Buy A St Maarten Condo

Our new offices are on the lagoon waters of Simpson Bay, St Maarten. The short video highlights in brief how Ritika will work with a property buyer when you are in St Maarten.

We look forward to welcoming you to St Maarten and I hope to meet you in similar circumstances!

Thank you for watching. 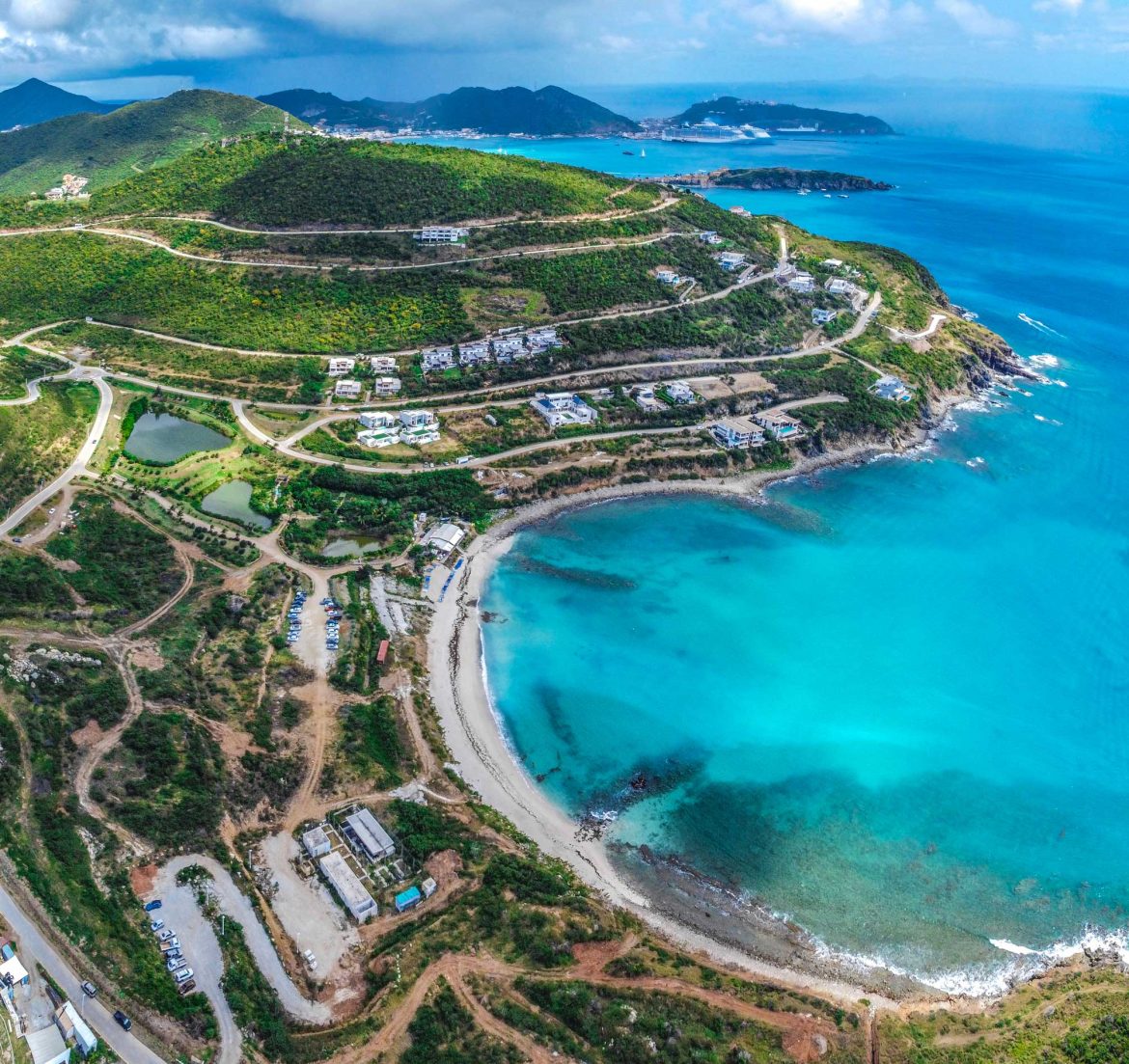 St Maarten is positioned in the North Eastern Caribbean (18º N, 63º W) within the Lesser Antilles island group in addition to Saba and St Eustatius. It is one of the five islands that make up the Netherlands Antilles: St. Maarten, St. Eustatius and Saba (Windward Islands) and Bonaire and Curaçao (Leeward Islands).

The Windward Islands become part of the Lesser Antillean Island Arc, which extends from Puerto Rico in the North to the shoreline of Venezuela in the South.

St Martin / St Maarten is the tiniest island on the planet to be shared by 2 sovereign governments – the Dutch and French. Considering that in 1648 the island has been divided in two, with, Sint Maarten, the smaller sized Southern side comprising part of the Netherlands Antilles (41.4 km2 ), and Saint Martin, the bigger Northern side being a French Overseas Territory (54.3 km ²).

The island is situated on a submarine plateau called the Anguilla bank with a maximum depth of 36m, which it shares with the islands of Anguilla and St Barthélemy. St Martin/St Maarten has an irregular shape, having numerous bays and lagoons along its coast. Numerous unoccupied small islands surround St Martin/St Maarten. Tintamarre, also called Flat Island, Ile Pinel, Little Secret and Green
Key at the eastern side of the main island along with Great Key in Simpson Bay Lagoon come from French St Martin.

Pelican Key, also called Guana Key, Molly Beday, Cow and Calf and Hen and Chickens at the eastern side of the primary island in addition to Little Key in Simpson Bay Lagoon come from the Netherlands Antilles (Dutch) side of St Martin/St Maarten.

Coral reefs, seagrass beds, mangrove and salt pond habitats appear around most of the St Maarten coastline. The coral reefs have spur and groove developments (coral ridges divided by sand channels) and boulders at the dive sites ‘The Maze’ and ‘Hen and Chicks’ are encrusted with numerous types of corals, sponges and polyps. Seagrasses are discovered generally along the southern and south western shores, although they are on the verge of total extinction due to damage triggered by conch fishermen and beachfront property development.

Mangroves can be found around Simpson Bay Lagoon, and around the salt ponds, which supply a perfect habitat for roosting, nesting and migrating birds along with a wealth of other types. The salt ponds supply important foraging locations for many birds and the brackish and sometimes hypersaline conditions give rise to a special wildlife neighborhood that includes several fish types, snails and insects. 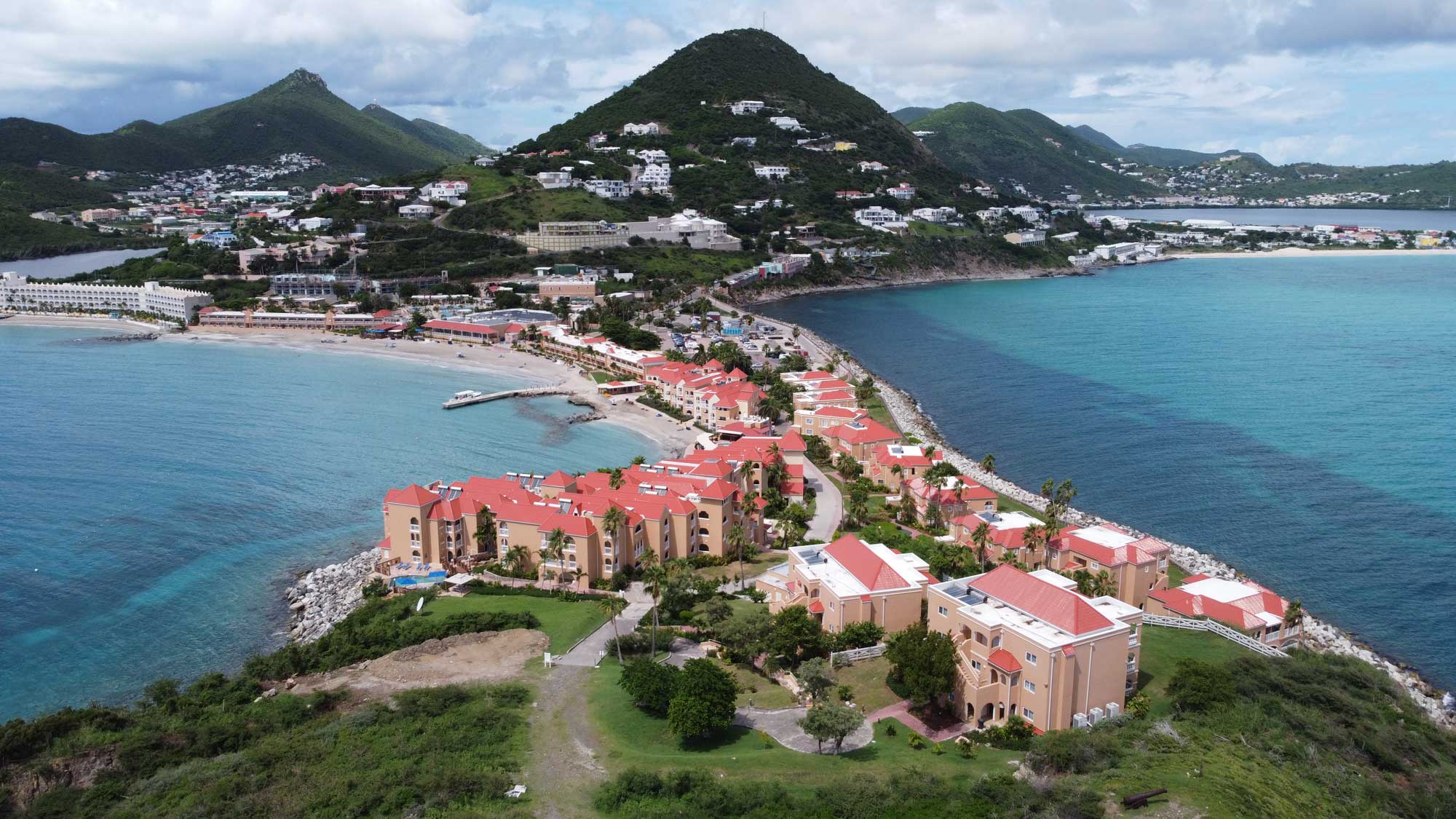 Established in 1763, Philipsburg, the capital of Dutch St. Maarten, filled a narrow stretch of land between Great Bay and the Great Salt Pond. With its numerous shopping, restaurants, coffee shops and gambling establishments the beachfront boardwalk forms the focal point of traveler activities and has become a popular stop for cruise liner.

RECOMMEND TO A FRIEND