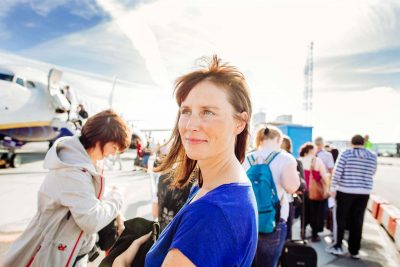 Americans Buy St Maarten Real Estate A handsome tanned couple, confident and distinctively urban American background; both tall as our chandeliers; arrived from San Juan straight to our offices looking for a St Maarten property to buy for investment. As conversations go by, I find out that both are originally from New York, moved to Puerto Rico two years ago and now looking to settle in ‘vibrant’ St Maarten! they have been in the lookout for a investment condo ever since the pandemic started. All their research from all the various Caribbean islands, led them to St Maarten! Its all came down to a safer investment compared to other islands. St Maarten’s economy has remained stable for a decade! Loyal over-night tourism leads to great return on property investment via AirBnB. Confirmed by every study that St Maarten and Barbados will see the highest growth in Caribbean real estate. Your property will increase by 30% in value over 5 years! Many financial benefits specific to Americans and Canadians. June 2021: Right now Americans are rushing to buy property in St Maarten because the laws and prices are favorable to American buyers. With a shortage of real estate in the USA, […] 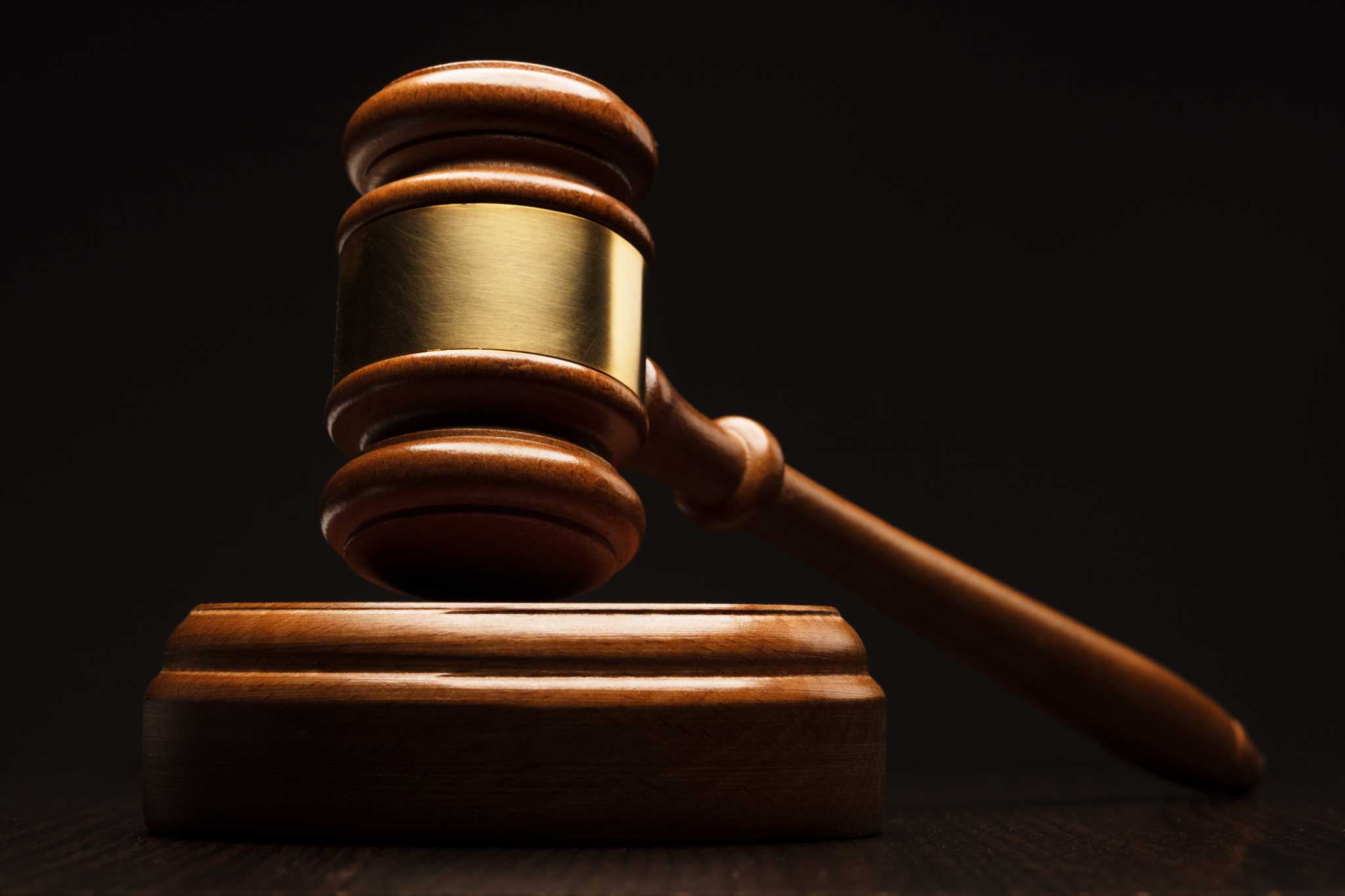 Houses At Auction In St Maarten Now If you’re planning on purchasing a house in St Maarten, I am sure you considered going to a St Maarten (SXM) auction. As a buyer, you have to consider all the channels including other St Maarten real estate listings or consulting with trusted St Maarten realtors. Auctions in St Maarten are a good way to expand your property search that could even help you snatch up a good deal if give it your due diligence. Here, we’ll be covering what goes on at a St Maarten auction, the St Maarten legal processes involved, as well as the pros and cons you may want to be aware of; specific to St Maarten real estate. Did you know that you can get an Auction Risk Assessment Report before you buy a St Maarten auction property? Contact Ritika our Head Broker on +1721 526-1819. In most cases, a verbal yes/no is free of charge. However, an in-depth study including market comparables is also available. See the Case Study below for details. Latest Notary Auctions in St Maarten: There are only three Notaries in St Maarten who are able to hold a auction and here are all […] 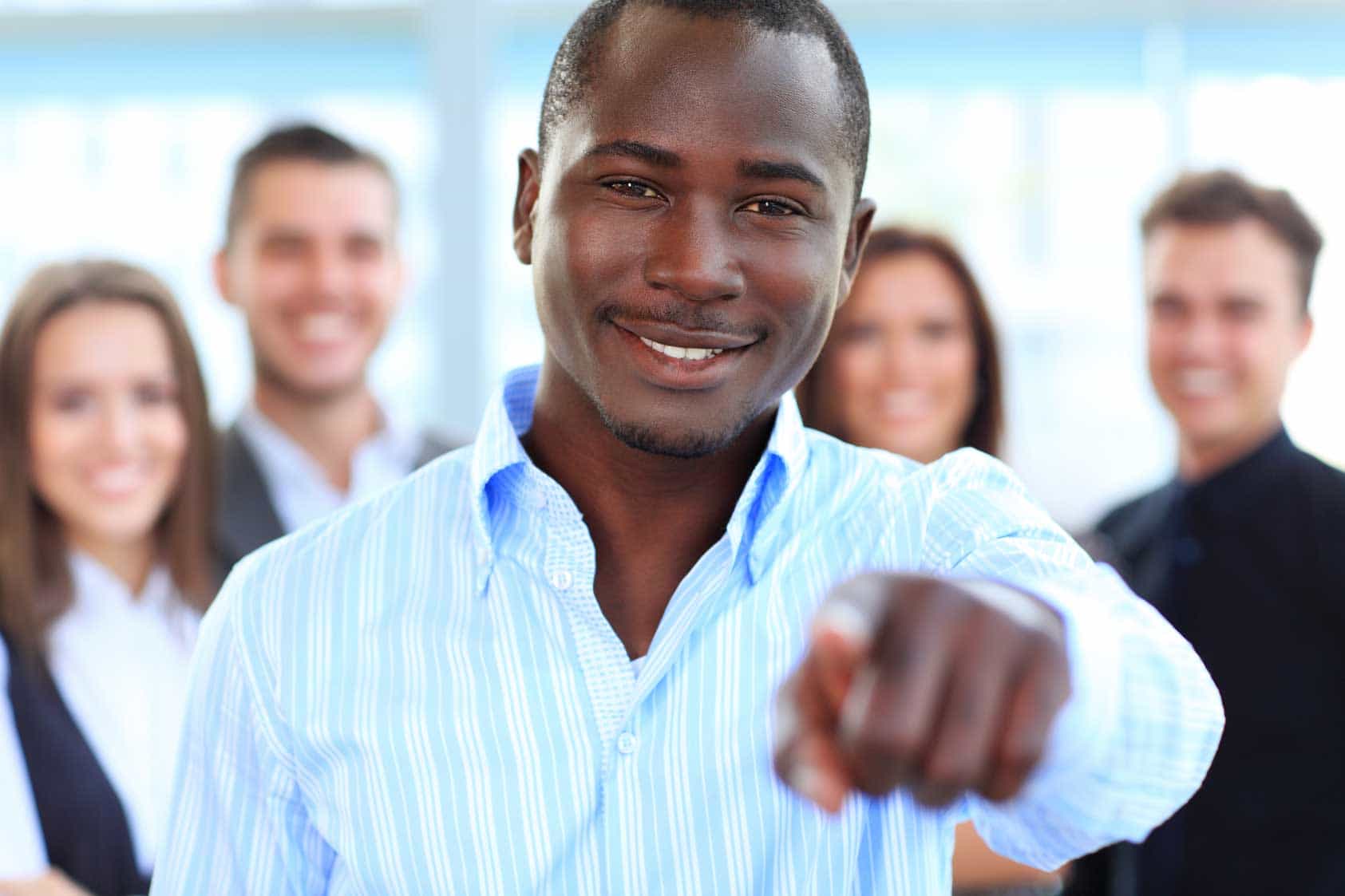 St Maarten Property Appraisals If you’re a buyer looking to buy a property in St Maarten or a seller who owns already owns a property in St Maarten, both parties will require the services of an Appraiser. Appraisals are a crucial part of a Property Purchase transaction. The buyer requires an appraisal to validate the seller’s valuation of the St Maarten Property. Seller requires an appraisal to exhibit the valuation of the St Maarten property to prospective buyers. Valuation Expert: Call Chante on +1721 526 3194 to discuss your availability and book an appointment with a Valuation Expert. We are also available on WhatsApp for your convenience. Do I need an Appraisal to sell my St Maarten property? As a realtor, I can not stress to you how important this is to build that bond between buyer and seller. For first-time St Maarten property buyers, it gives them confidence that the seller is willing to be transparent. Its starts of everything in the right way. We can arrange a professional St Maarten Appraisal for you. It’s not something we specifically do, but yes, I would be happy to help. Call Chante on +1721 526 3194. Inexperience can be a high […]

Welcome to St Maarten: Travel Requirements Due to Covid-19 In 2021 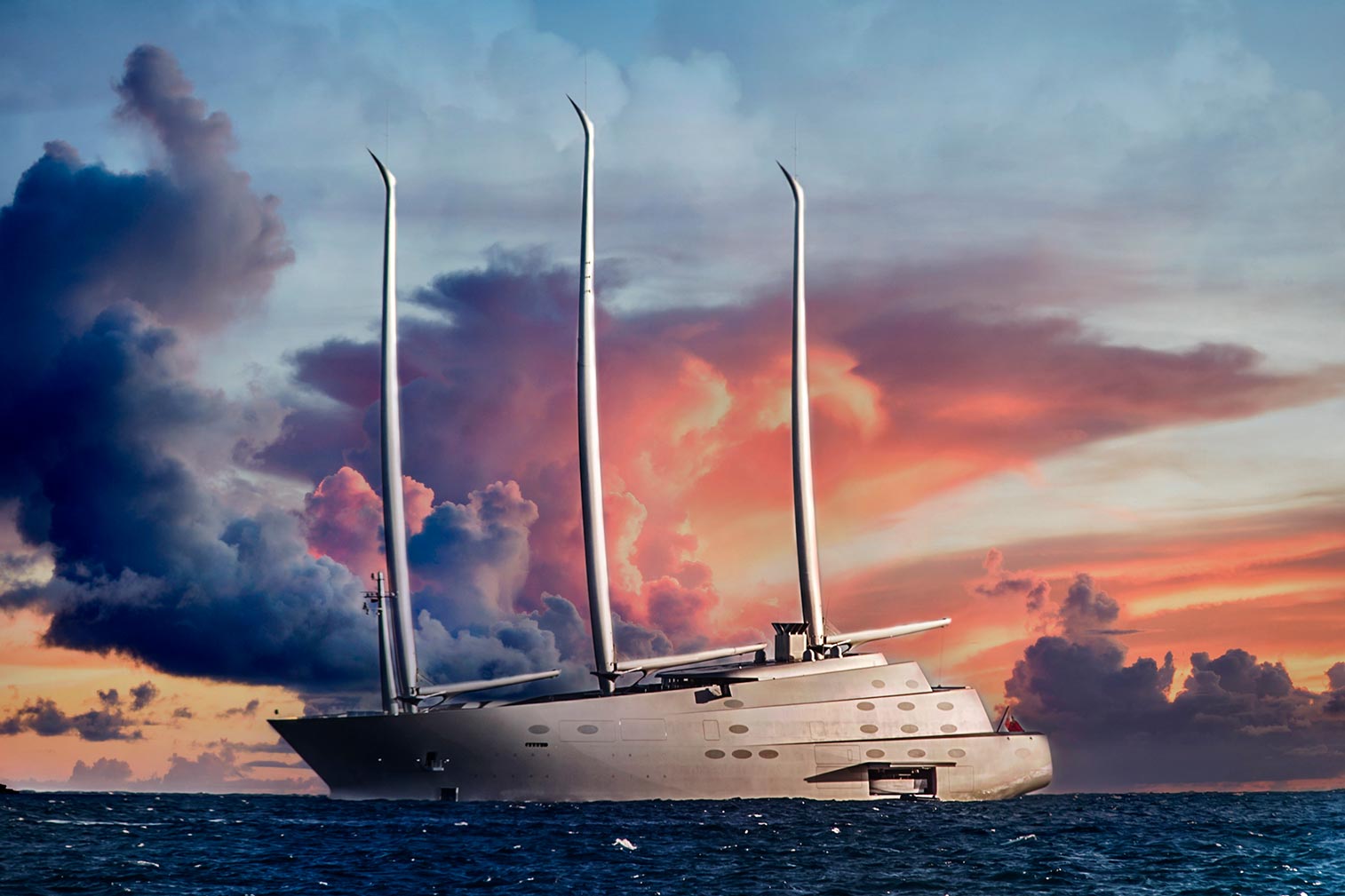 Covid19 Entry in to St Maarten (SXM) St Maarten is doing everything to make it easier for you to come back while keeping the island as safe as possible for those who are already enjoying the sun! Official Government Of Sint Maarten Covid-19 page. Mandatory Covid Insurance St Maarten Update: March 11th 2021 https://www.sxmprotectionplan.com/ From 19th January 2021, Covid insurance is required for all foreign nationals with the exception of visitors who arrive and leave the same day, crew members and transit/transfer passengers who don’t need to recheck their luggage. This is so that you receive the best care possible while on your vacation. The St Maarten Visitors Protection Plan is sold via the mandatory health form on stmaartenentry.com. Cost of Insurance Ages 15 – 75 Effective 10 January 2021, a flat premium of $30 is charged for stays not exceeding 180 days. The premium is non-refundable, unless you’ve made a duplicate purchase or if you cancelled your trip to St Maarten. The premium must be paid every time you re-enter St Maarten. Ages 0 -14: $10 Ages 76+: $30 St Maarten Entry Requirements Ministers of TEATT Ludmila de Weever and VSA Richard Panneflek have updated the entry requirements to […] 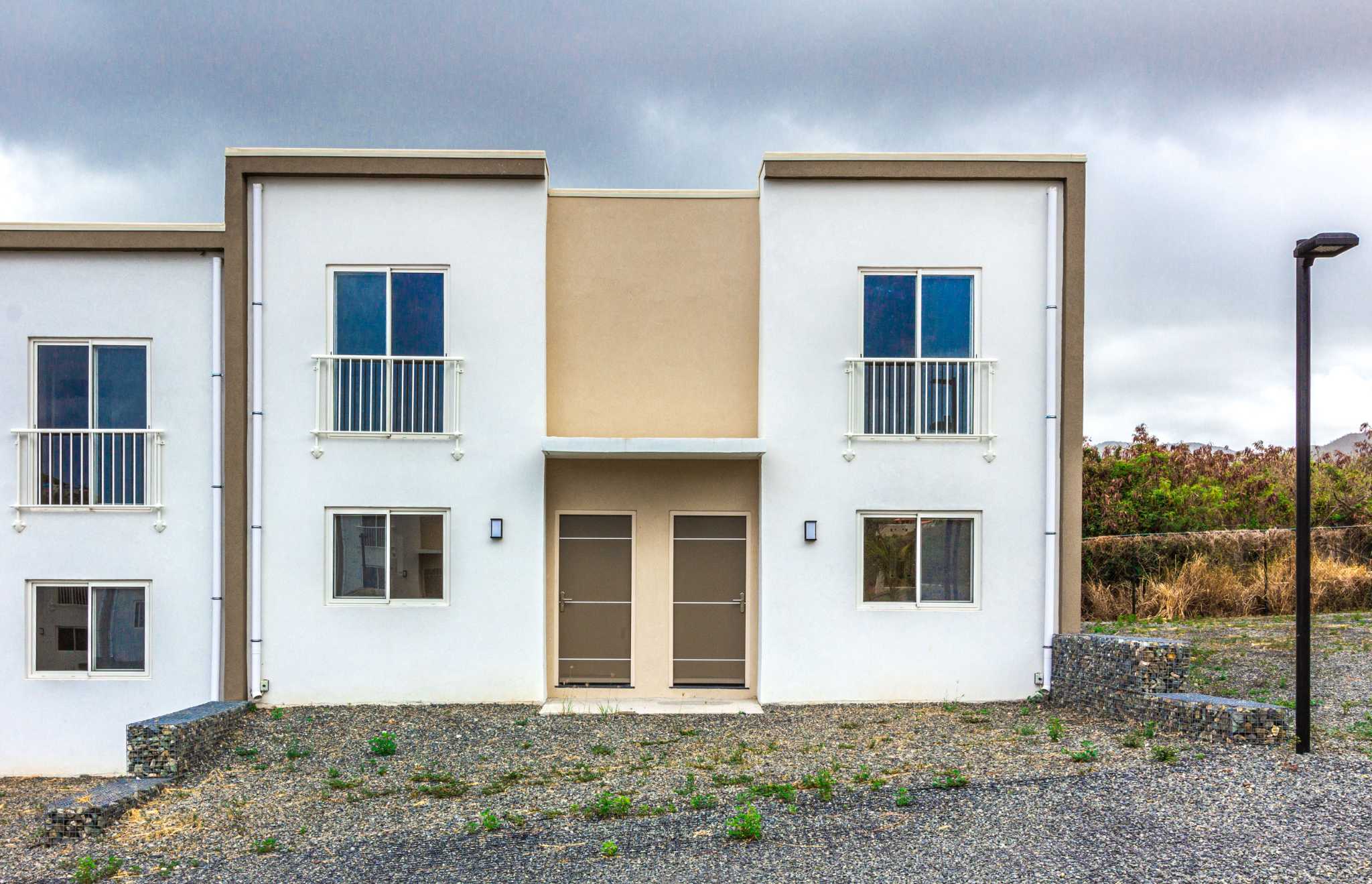 Throughout the pandemic, we at Century21 in St Maarten are thankful that we have had some of our best months in recent times. Its been adventurous and we have met some amazing people along the way. We look forward to working with you soon. We just love the business. So give us a challenge, difficult times like these really bring us into our element and we have stood out from the rest. May be celebrate our good times together. One of the most exciting projects was Oryx Residences and the accomplishment of 80% under contract within 4 months. Working with our friends at Oryx Residences has been a highlight. Its the one of the largest residential projects in Cay Hill, developed by the APS / Algemeen Pensioenfonds Sint Maarten. A glorious St Maarten home, new low-cost residential properties in Cay Hill, these homes provided an opportunity for St Maarteners to become proud owners or renters of robust family homes at competitive prices ($145,000 – $245,000). It would not be an exaggeration to state that the majority of units went under contract within the first 2 months. In fact, within the first four months, Century21 St Maarten, in collaboration with the […] 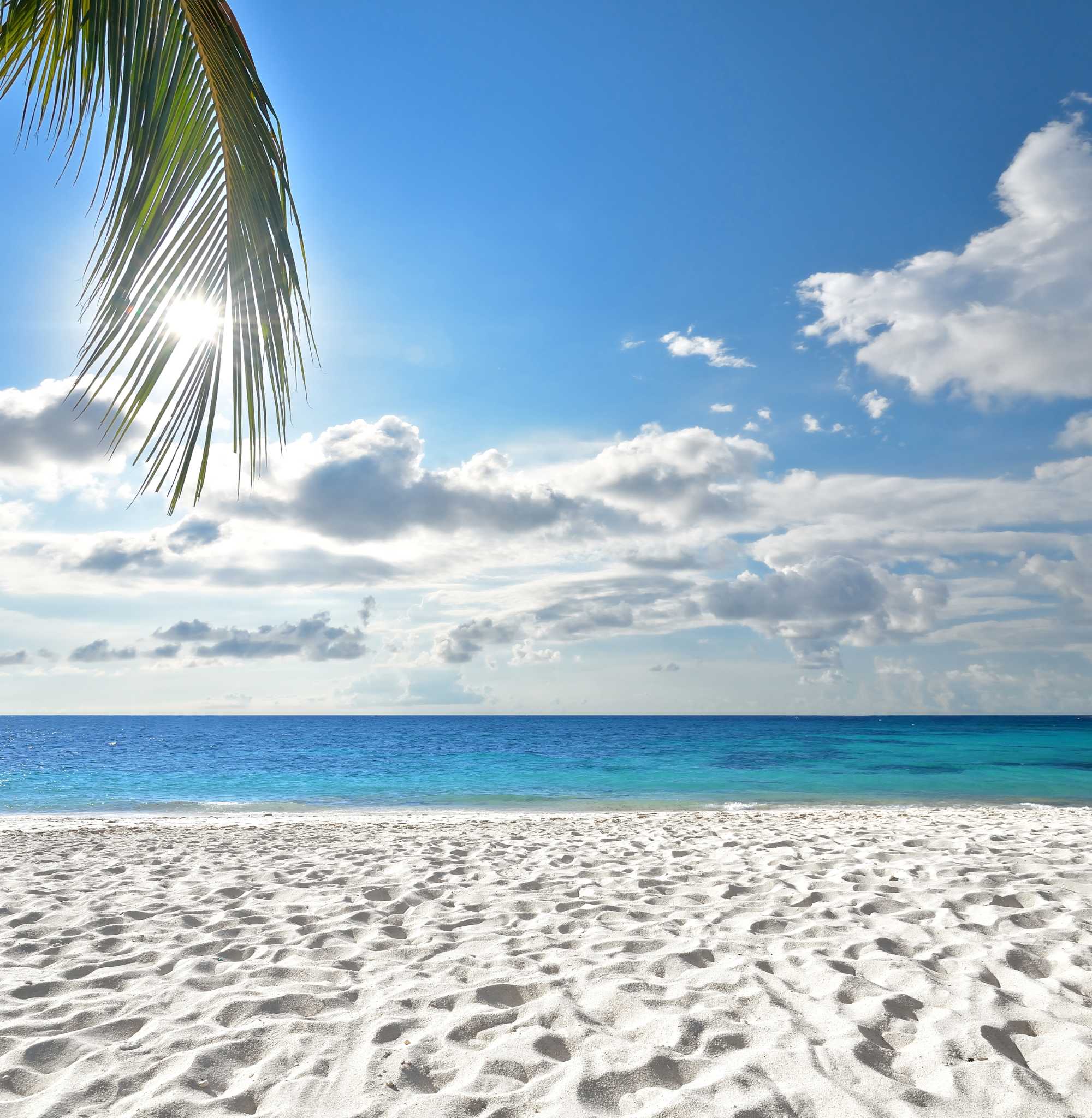 Enjoy the magnificence of St Maarten in its glory. Always near a beach, always near a lagoon. Anywhere you live, beauty follows you. Mountains, lagoons, oceans & greens. Be one with nature, be one with you. St Maarten and you will be in love. Welcome to a Caribbean paradise. Your new home in St Maarten. A beachfront paradise. In clear waters. White sands. Dream home. For you.   View this post on Instagram   A post shared by Einstein (@corgi_camera) All beachfront property in St Maarten is Government owned. All beachfront property in St Maarten have to pay a yearly Government lease. We know you want to know as much as possible about all the beaches in St Martin and St Maarten … so prepared everything for you! Simpson Bay Palm Beach St Maarten Condo For Sale Sunshine Simpson Bay Beach Condo St Maarten Beachfront Property ST. MAARTEN BEACH POLICY (August 1994) The Executive Committee of the Island Territory of Sint Maarten hereby makes known that they have established a policy concerning the use of beaches. The policy states that; 1. the beaches must be useable for everyone, both local residents and tourists alike, for recreational purposes; 2. developments that, […] 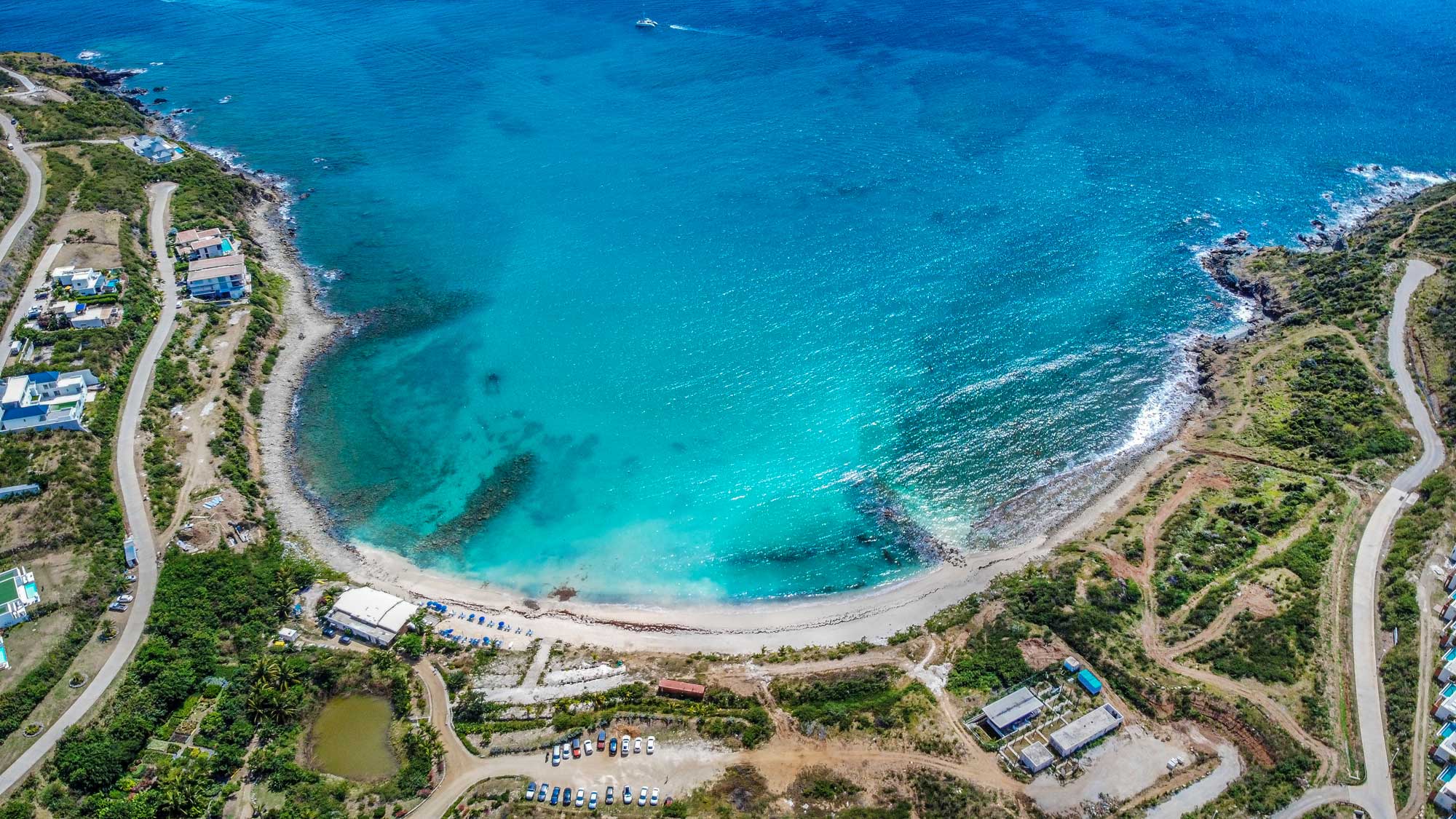 Real Estate in Indigo Bay New Indigo Bay SXM Hotel and Condos launching soon. Message me for the marketing brochure. Its phenomenal! This is 20 years of premium real estate experience. A large part of this was at Indigo Bay. Been through every up and down. Only one thing stays constant. Indigo Bay remains top! Prices stay up. Land is rare. Secure home. Indigo Bay. St Maarten is famous for its ‘high return’ motto! Buying TODAY makes you RICH tomorrow Call or WhatsApp me for latest Indigo Bay availability and villa pricing. Ritika: +1721 526 1819. Featured on HGTV Villas for sale 2021 Four bedroom ultra-modern villa with secluded location in Indigo Bay for $1,800,000. DEAL Two bedroom Modern Indigo Bay villa with pool for $625,000. DEAL Brand new four bedroom Indigo Bay villa with pool for $850,000. Why Buy Indigo Bay Real Estate Indigo Bay SXM remains the number one investment property location in St Maarten for long term return. Any property purchased here today is guaranteed to be appraised 20% higher in 7 years! There is no better designed, managed, luxury purpose built secure development that Indigo Bay Estates. In my experience this development started in grand celebrations […] 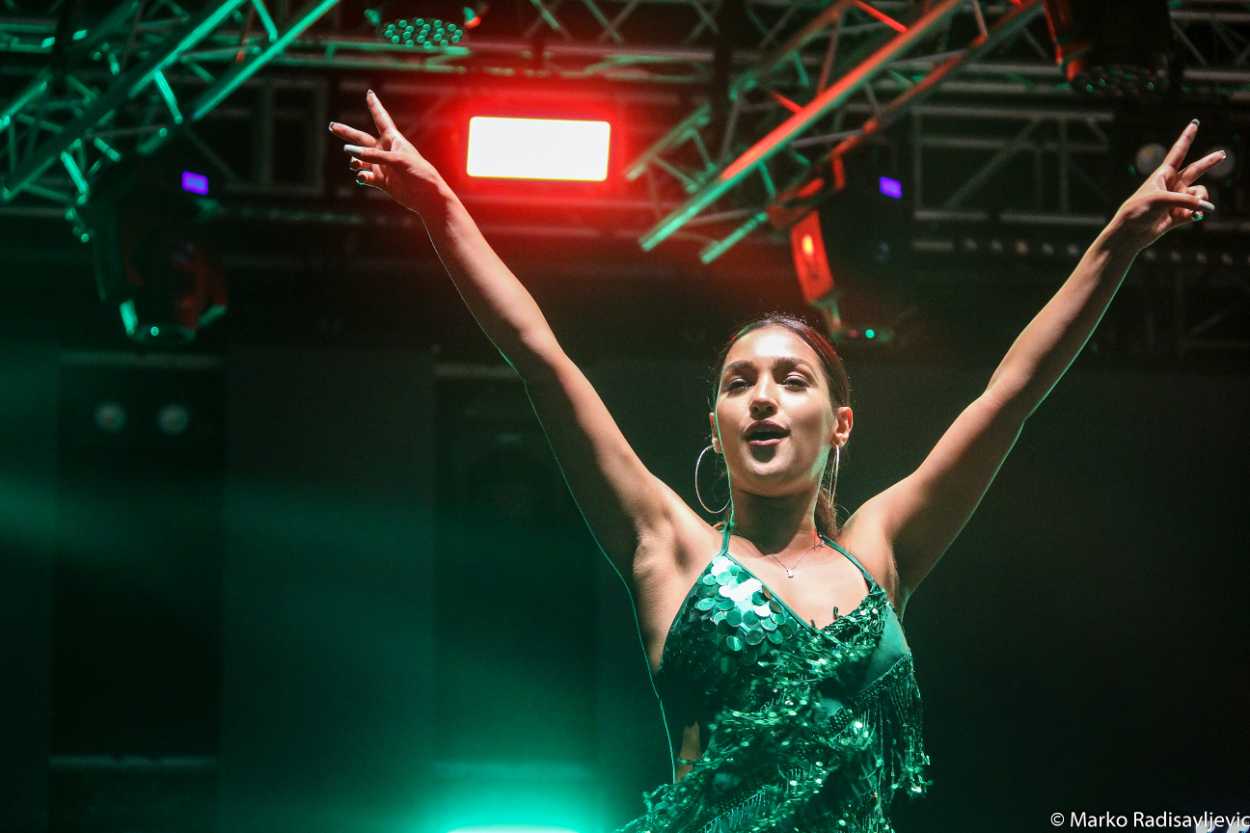 2021 St Maarten Heineken Regatta – 26th Jan 2021 Update – EVENT CANCELLED The St Maarten Heineken Regatta will celebrate its 41st edition in 2021 from March 4 – 7, 2021 It is the largest regatta in the Caribbean and probably the largest warm water regatta worldwide. Cancellation announcement of St Maarten Heineken Regatta SXM 2021 in the news. This world-renowned cruising occasion provides 4 days of World Class Racing and splendidly amusing nights keeping with the occasion’s motto of ” Major Enjoyable”! With an effect on the sporting neighborhood extending beyond the Caribbean into Europe, the United States, and beyond. Our 4-day occasion attracts well over 20,000 visitors each year, from young professionals to business owners, from party-goers to international sailors, aging from 18 to 55+ originating from over 37 different nations. After an amazing day of sailing, the individuals are able to enjoy great regional food and delight in an ice-cold Heineken in the Regatta Village, while listening to regional, regional and worldwide artists! This is an occasion where business satisfies enjoyment in the very best possible method, in a extremely inspiring and energetic environment. Come and delight in life in the Caribbean, come for some Serious Fun […] 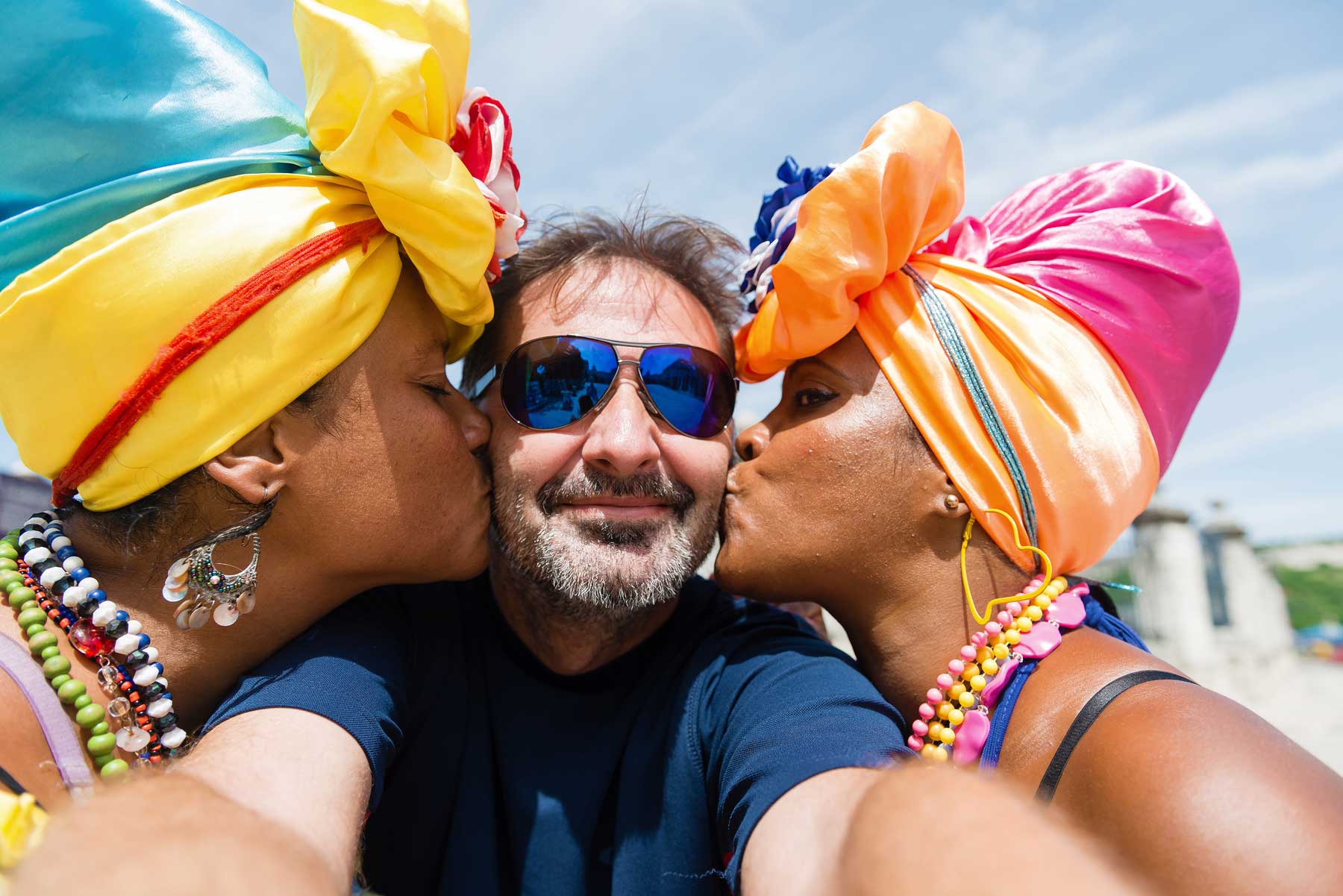 Population of St Maarten St Maarten Population Based upon data available from 2015. New information will be updated soon. The land of happy people! In 2005 approximately 35,000 St Maarten individuals were thought about as long-term residents of St. Maarten (and around 30,000 in St Martin). St. Maarten is without a doubt the most densely populated of all the Dutch Caribbean Islands with just over 1000 people per km2 on the Dutch side. On average, approximately 1000 people more move to the island as relocation away, this adds to the development figures for the resident population (see Figure 5 ). 2003 saw a significant rise in the numbers of people relocating to and from St. Maarten, and for the first time there was a bottom line of individuals (around 250 more left the island than moved to the island). There has actually been a significant shift in the structure of the population of St. Maarten for many years from 1995 to 2004. There is an increasing loss of young, financially active residents from the age of 15 years to 20 years, who leave to educate or work abroad. The resident population are far surpassed by visitors to the island. There […]

ST MAARTEN HISTORY St Maarten History, There is a possibility that the South American Stone Age people, referred to as the Ciboneys, resided on St. Maarten 4000 BC. The island was covered with overgrown lush vegetation and had lots of unique birds, crocodiles and big rodents. Pre-History 4000 BC-1490 AD Upon arrival of the very first people in the Caribbean, the islands were covered with tropical greens and numerous ranges of bats, birds, sea mammals, iguanas, giant land tortoises and big rodents roamed freely without human contact. There are only a few historical sites that actually prove inhabitation in the Caribbean Islands by “Lithic Age” peoples prior to 4000 BC. From about 4000 BC to about 500 BC, peoples of the “Archaic Age” level of technological development migrated onto the islands from South-/ Central- and The United States And Canada. These Archaic Age St Maarten History inhabitants were semi-nomadic hunter-gatherer-fishing folk, utilizing basic stone and shell and most likely wooden tools, who did not know agriculture nor the manufacture of ceramic vessels. Neither the ethnic associations nor the language of these peoples are known. On St. Martin, the Norman Estate location on the French side is the only site of […]

RECOMMEND TO A FRIEND