St Maarten History, There is a possibility that the South American Stone Age people, referred to as the Ciboneys, resided on St. Maarten 4000 BC. The island was covered with overgrown lush vegetation and had lots of unique birds, crocodiles and big rodents.

Upon arrival of the very first people in the Caribbean, the islands were covered with tropical greens and numerous ranges of bats, birds, sea mammals, iguanas, giant land tortoises and big rodents roamed freely without human contact. There are only a few historical sites that actually prove inhabitation in the Caribbean Islands by “Lithic Age” peoples prior to 4000 BC. 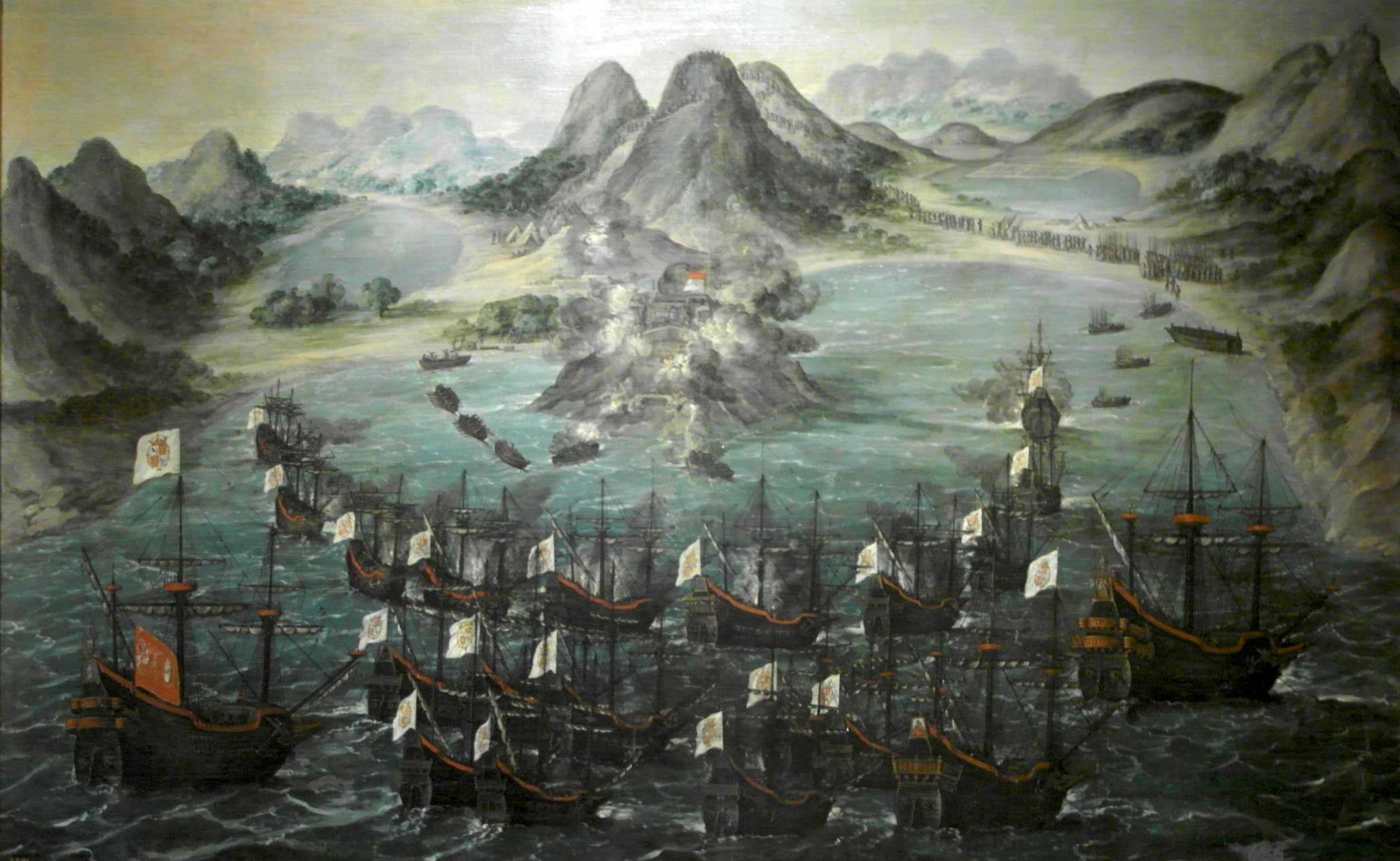 From about 4000 BC to about 500 BC, peoples of the “Archaic Age” level of technological development migrated onto the islands from South-/ Central- and The United States And Canada. These Archaic Age St Maarten History inhabitants were semi-nomadic hunter-gatherer-fishing folk, utilizing basic stone and shell and most likely wooden tools, who did not know agriculture nor the manufacture of ceramic vessels. Neither the ethnic associations nor the language of these peoples are known. On St. Martin, the Norman Estate location on the French side is the only site of this period found, and it dates to about 2000 BC.

Beginning around 500 BC, people began to move from South America into the Caribbean region, introducing the “Ceramic Age”. These were much more industrialized societies than the Archaic peoples. They farmed cassava and other crops, used large sea-faring canoes, showing understanding of ceramics, and producing stone and shell tools. These preliminary Ceramic Age neighborhoods likewise had complex social, financial and religious systems.

On St. Martin / St. Maarten, the earliest Ceramic Age artefacts are the remains of these very first migrations from about 500 BC, often referred to as ‘Saladoid‘ individuals. The name that was provided to these people is derived from the location where archaeologists first recognized them, the Saladero site in the Orinoco basin in Venezuela.

According to archaeologists, it is skeptical whether there was ever a large-scale prehistoric Carib exodus into the Northern Lesser Antilles. There is also no evidence, that when the very first Europeans travelled by St. Martin/St. Maarten in the 1490’s, Amerindians were still surviving on the island.

During his 1492 to 1494 voyage, Christopher Columbus ‘discovered’ the Caribbean islands; potentially sighting St Maarten History on November 11, 1493. The island was called after St Maarten History, the bishop of Trips. Some evidence indicates that the island Columbus saw was Nevis, with later confusion causing the identifying of St Martin. Throughout the fifteenth century, other Caribbean islands were inhabited by numerous European nations like the Spanish, English and French, whilst St. Maarten was ruled out to be of any significance.

In 1624 the first Dutchman set foot on the island and found it uninhabited. Over the following years the Dutch explored the island in higher depth. They observed the salt ponds, which were of fantastic significance given that salt was utilized for the preservation of food. In 1631 a little group of Dutchmen declared the island for the ‘West-Indische Companie’ (West India Company). Concurrently, a group of Frenchman settled in the location now referred to as the French Quarter.

In 1632 the Dutch developed Fort Amsterdam and continued their colonization, the harvesting of salt being among the primary factors for the settlement. Anguilla was likewise inhabited and a small fort was Constructed there. In 1633, the Spanish recaptured both islands and used the materials of the Anguillan fort to enhance Fort Amsterdam. They likewise developed a 2nd fort on Pointe Blanche, now known as ‘the Old Spanish Fort’. Under the command of Peter Stuyvesant, director of the West India Business, the Dutch attempted to recapture St. Maarten in 1644 with some 800 soldiers. In spite of various attacks and an effort to starve the Spaniards, the Dutch might not force the Spanish to
surrender. The Spanish did not leave St Maarten Residency until 1648.

The Dutch and French right away moved back to the island and on March 23, 1648, the famous partition arrangement was signed on Mont des Accords (Concordia). The colonists presented numerous business crops, such as tobacco, indigo, coffee, cotton and sugarcane. Trade began to expand, the island succeeded.

The island altered hands regularly in between France, England and Holland. Pirates and looters caused much damage, and farming and salt production were not as successful as before. The variety of people on the island changed greatly. In 1667 John Simpson was leader of the
Dutch Part; Simpson Bay might be named after him.

Through the early 1700’s, the British occasionally drove out the French, however the Dutch remained in control. The Dutch Guv John Philips, brought order after the chaotic preceding years. He restored the production of salt and convinced the landowners to plant more coffee, sugarcane and cotton for a greater economic yield. He made land readily available to investors. The English came in large numbers, bringing their English-speaking slaves with them. With the English impact, the Dutch language and culture faded into the background. Fort Amsterdam was reinforced and the main village moved from Cul-de-Sac to its present area and called Philipsburg in honour of the Govenor.

The second half of the eighteenth century brought prosperity, with a peak around 1790, when the island had 92 estates with sugarcane as the primary agriculture crop. Time and again the English attempted to take control of, and by 1817 the island had actually altered hands 16 times. Because year the French and Dutch established lasting control.

In 1766 Fort St. Louis was built in Marigot. In 1772 mention was made of a serious hurricane, and in 1819 another significant hurricane ruined nearly everything on the island, including all historic records!

Simpson Bay village ended up being isolated from the rest of the island. The plantation market decreased due in part to the prohibition of the slave trade. Then from 1820 to 1848, a number of crucial buildings were built; the Reformed Church, the Pasanggrahan (Federal Government Lodging House) and the Methodist Church. There was a revival of the salt market from 1735 in which the whole population took part. In 1845 the colony of Curaçao was divided into the three Windward Islands (St. Maarten, Saba and St. Eustatius) and the 3 Leeward Islands (Curaçao, Aruba and Bonaire).

The abolition of slavery on French St. Martin took place in 1848. A variety of slaves on the Dutch side, moved to the French side where they got the status of complimentary foreigners. (One path, the ‘freedom course’ can still be found at the border, between the Dutch and the French Quarter.) To avoid discontent, Dutch plantation owners asked for that the Dutch Federal government eliminate slavery in
the Dutch nests. It was not till 1863 that slavery was officially eliminated. Ultimately, many estate owners left the island and ex-slaves had the ability to obtain property at or around the former estates.

Through the late 1800’s and early 1900’s market on St. Maarten declined; the production of sugar dropped in 1875, cotton in 1932 and salt in the 1940s. People went back to subsistence agriculture and fishing. Many guys, with or without family members, emigrated to Aruba and
Curaçao to operate in the oil refineries. Others left for seasonal work (sugarcane cutting) in the Dominican Republic or went to the United States.

In the Second World War, Holland was occupied by Germany and France took control over the island for 10 days. The French side was under Vichy control, and was blockaded by Allied forces. In 1943 the Juliana Airport was opened on the Dutch side.

In 1948 the frontier monument was erected, commemorating 300 years of tranquil coexistence. In 1951 the Netherlands Antilles signed the ‘statuut’ to end up being self-governing, and were restructured into Curaçao, Aruba, Bonaire and the Windward Islands, each with its own territorial federal government.

The first major hotel (Little Bay) was built in 1955. In 1959 the very first regional radio station started transmitting. In 1960 a powerful hurricane (Donna) hit the island.

In the Lowlands and Terres Basses the first luxury vacation homes were constructed in the 60’s.

In 1966 Philipsburg was extended by filling out part of the neighboring Salt Pond. Varieties of travelers grew along with advancements in air transportation. The economy expanded rapidly. Many St. Maarteners returned home. Employment levels were high and the boom in tourist drew in individuals from other islands along with various parts of the world. The population grew rapidly, intensifying from around 7000 in 1970 to more than 30000 in 1995 on the Dutch side alone.

The multiculturalism of St. Maarten springs from its historic role as a crossroads for visitors to the New World. Dutch, French and British traders brought European traditions, while Afro-Caribbean people brought the language and culture of West Africa.

Today the variety of influences is shown in the number of languages spoken. Dutch is the main language, but English is taught in schools and spoken everywhere, while other typical languages are Spanish and Papiamento, the dialect of the Netherlands Antilles. St. Maarten’s premier cultural event is its annual Carnival, which includes parades, calypso competitions, reggae shows, and a limitless array of stands serving standard island food.

The island culture has its roots mostly in African, French and Dutch influences, though ratings of more current immigrants have added their own components to this multicultural society. The tourist boom of the past couple of decades has actually resulted in such an influx of job-seekers from in other places in the Caribbean that only about 20% of all citizens were born upon the island.

Education is obligatory, and around 99 percent of the children participate in school. The government spends about a 3rd of its budget on education, which is modelled on the Dutch system. Apart from local faculties, instructors are recruited from Holland and the Caribbean islands. There are technical and vocational schools, teacher’s colleges and two other more education facilities: the University of St. Maarten and the American University of the Caribbean.

St Maarten History has its own flag. The style shows red, white and blue panels and the island’s crest. This coat of arms portrays the national bird; the Brown Pelican, national flower: Orange Sage (Latana camara), the Court House and the border monument.

Inspired by the book “A Short History of Sint Maarten” (2004) available from the Sint Maarten Museum. Buy it to support this content.